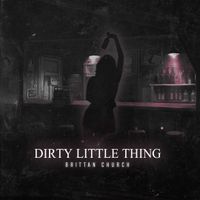 Brittan Church Release Party w/ TEXAS 223, Burning the Midnight Oil and More at Jake's Backroom! We are celebrating the release of our new Single "Dirty Little Thing"! Our new song will be released Saturday February 1st 2020 on Apple Music, Spotify, Amazon Mp3, Deezer, Google Play, and more! This show is gonna get crazy good and have some of the best bands in the LBK performing! Go get your baby sitter ready and start your weekend off right with ICE COLD BREWS and hard hitting original Rock and Metal! \m/\m/

FRIDAY THE 13TH SHOW AT JAKES BACKROOM with some of the Best Talent in the LBK! Brittan Church Music, Mojave Sol, TEXAS 223! With Special Guest MSR! More TBA. This is gonna be a show that you Def do not want to miss! Go get your baby sitter ready and start your weekend off right with ICE COLD BREWS and hard hitting original Rock and Metal! \m/\m/

Brittan Church Opens Show for "The Last In Line" formerly known as Dio playing without their late singer Ronnie James Dio. These guys are legends and this is a once in a lifetime show! Let us know if you need tickets. www.brittanchurch.com What started as a casual reunion jam in a Los Angeles rehearsal room in 2011 has grown into a fully-fledged project that has taken on a life of its own. Last In Line, the band, takes its name from the second Dio album released in 1984. Vinny Appice, Jimmy Bain and Vivian Campbell were Ronnie Dio’s co-conspirators and co-writers on the “Holy Diver”, “Last In Line” and “Sacred Heart” albums – these records have gone on to become part of rock history.

During that first jam it was apparent that the chemistry of the original band was very much intact – even after a 27 year hiatus. The excitement generated by that rediscovery led to a second session, where this time they called in acclaimed vocalist Andrew Freeman. Hearing Andrew’s interpretations of the original Dio songs was a revelation and the inspiration to move forward as a band.

Over the ensuing years a handful of local LA shows led to a handful of overseas shows in the U.K. and Japan, and eventually to an offer from Frontiers to record a new album of original material.

During the course of 2014 the band wrote and recorded 12 new songs and chose longtime friend Jeff Pilson as producer. Jeff very much captured the organic crunch of the band and the very best in Andrew’s voice and delivery.

Last In Line’s debut album, “Heavy Crown” was released in February 2016, with the singles “Devil In Me” and “Starmaker” leading the charge. But the release was preceded by tragedy, when Jimmy Bain passed away at the age of 68 on January 23rd, another great musician taken from us far too soon.

Jimmy was immensely proud of the new album and his input to “Heavy Crown” was immeasurable. “We will continue to celebrate his life through his music.. Rest in peace, dear friend.”..Viv

Earlier this year Last In Line played a handful of shows, including headlining both the frontiers Rock Festival in Milan and the Metal Stage at the Rocklahoma Festival, bringing in renowned bassist Phil Soussan. The gigs featured tracks from “Heavy Crown” alongside songs from those classic Dio albums.

With “Heavy Crown” finally being released on gatefold vinyl on August 26th, Last In Line will take that line up out on a full European tour in November 2016 appearing as special guests to Saxon on selected European dates and headlining a raft of venues across the UK. 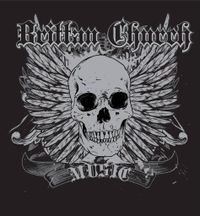 Brittan Church/Phoenix Rising/Oddfellas (LIVE) Friday October 12th at Jakes! We are gonna be throwing down with our bros in PHOENIX RISING and OddFellas in the ROOM OF DOOM at Jake's Sports Cafe & Backroom! Doors 7pm. Cover $10. LADIES GET IN FREE! This is a show you def don't want to miss!! The Beers will Flow like Wine and Its gonna be getting Nasty Good with some TEXAS MUSIC! www.brittanchurch.com Support TBA 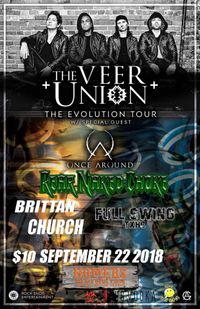 Brittan Church is Headed down to Abilene Tx to Throw down with our bros in Rear Naked Choke, The Veer Union, Once Around, and Full Swing TXHC at Homers Bar and Music Venue! This is a show that is gonna get nasty good so go RSVP today! www.brittanchurch.com 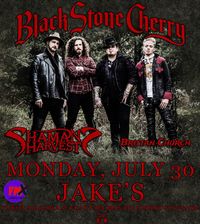 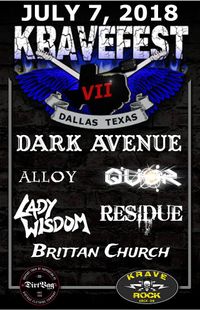 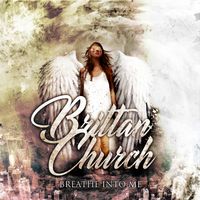 Brittan Church (CD Release Party) at Backstage in the Lubbock Depot District. Saturday January 20th 2018. We are releasing our NEW FULL LENGTH EP - "BREATHE INTO ME"!!! Come out and support your local music scene and rock the depot. We have teamed up with Legendary Producer Chuck Alkazian to bring this album to life. We flew up to Detroit Rock City so we could give you the best record possible! Come out and help us start our tour off right! We promise The Beers will be ICE Cold and the Music will be LOUD! Support TBA www.brittanchurch.com 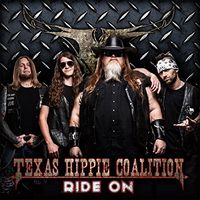 Brittan Church Opens up for The Nixons & Residue at Jake's Sports Cafe & Backroom Friday November 3rd! Come out and support live music and rock the LBK with us! We are going to be playing some songs off our new Record (Breathe Into Me) to be released in 2018! The Beers will be ICE COLD and The Music will be LOUD! This is a Show you def dont want to miss! www.brittanchurch.com

Brittan Church & Sons of Texas (Live) at Backstage Lubbock! This is gonna be a hard rocking concert that you dont want to miss! Tickets ONLY $10! Get Yours Today! www.brittanchurch.com

Brittan Church Music (Live) at BUFFALO LAKES FESTIVAL Country Meets Rock Festival May 12th! We are going to be playing along side many great bands. Show Starts at 10am and goes until Midnight so be sure to make it until the evening shows start! Hope we see all you guys out there! Its gonna be a great show that you dont want to miss!

Thanks for stopping by! Welcome to the  website for Brittan Church. Download our new EP "Breathe Into Me" Today! You can also get all the latest News, Music, Videos, Merch, and much more right here. Sign up for our mailing list and be the first one to find out whats new with the band. Keep rocking the good stuff!